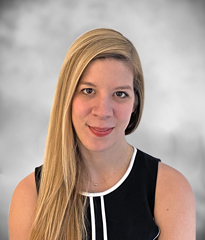 Sarah Shive serves as Senior Director of Government Affairs and Counsel at the Information Technology Industry Council (ITI). In her role, she primarily focuses on tax issues, including advocacy efforts in both the legislative and regulatory spaces.

Prior to joining ITI, Sarah spent more than seven years in the Senate, most recently as Senior Counsel to Senator Debbie Stabenow (D-Mich.), a senior member of the Senate Finance Committee. In that role, she successfully secured enactment into law of a number of legislative provisions, including key tax priorities. Previously, she served as Senior Counsel to Senator Jay Rockefeller (D.-W.Va.), another senior Finance Committee member.

Sarah earned her J.D. from the Ohio State University Michael E. Moritz College of Law and her B.A. from Marietta College.