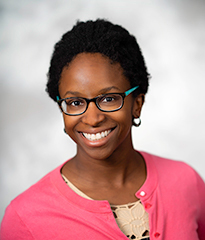 Jennifer joined ITI in 2014. In her role as director, events, Jennifer works closely with all ITI staff to provide event management and planning for ITI meetings and activities.

Prior to ITI, Jennifer was a meetings manager for the National Association of Home Builders. There, she simultaneously planned over 25 networking meetings a year for CEOs and business owners, perfecting the art of multitasking. Previously she was an executive assistant at The George Washington University’s Alexandria Graduate Education Center, planning all center activities, maintaining the center’s schedule as well as providing excellent customer service to the students and faculty.

Jennifer is an avid volunteer in the community having assisted in planning the Arlington County Fair, fundraisers for nonprofit organizations, and events featuring Virginia’s top local, state, and congressional elected officials.

She is a rare D.C. Metro area native. Jennifer obtained her Bachelor of Arts in Modern Foreign Language - Spanish from James Madison University and a Masters in Tourism Administration with a concentration in Event Management from The George Washington University. She is obsessed with music and will go anywhere for a great concert. Jennifer enjoys traveling and is exploring the United States from East to West with occasional international expeditions. She is a dedicated Washington, D.C. sports fan, allowing herself to be disappointed season after season.