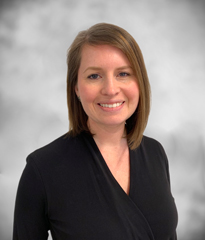 Westbrook Courts previously worked at the communications firms Precision Strategies and Subject Matter, where she guided message development, media relations, and crisis communications for associations, corporations, and non-profits. Prior to that, Jennie served as the communications director for the Senate Homeland Security and Governmental Affairs Committee under Tom Carper (D-Del.) and as the press secretary for Sen. Carper’s personal office. Jennie is from Newark, Delaware and earned a Bachelor of Science in Journalism from Ohio University.