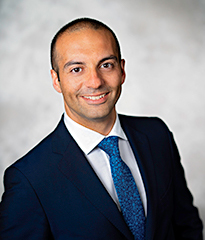 Guido Lobrano is ITI’s Vice President, Europe, leading ITI’s work on the European Union’s activities impacting technology and innovation. Guido is based in Brussels, Belgium, where he opened ITI’s first office in Europe. He coordinates ITI’s work on EU initiatives in areas such as privacy, cybersecurity, artificial intelligence and data, competition policy and platform issues, and supports the work on digital trade and taxation.

Before joining ITI in October 2017, Guido was deputy director for legal affairs, internal market and digital economy at BusinessEurope, the confederation of European industry. He was in charge of digital and tech policy, as well antitrust and state aid legislation. He also coordinated the team responsible for single market policy.

He led the association’s advocacy on Europe’s i2010 Strategy and the Digital Agenda for Europe (2012), as well as the 2015 Digital Single Market (DSM) and Digitising European Industry strategies. He was in charge of privacy and data issues, e-commerce, sharing economy and platforms among others. He covered key legal and policy debates from a cross-sectoral industry perspective, including the 2008-2009 EU Telecoms Review, collective redress (EU-level class action schemes), the process leading to the General Data Protection Regulation (GDPR), the transition from the EU-US Safe Harbor to Privacy Shield.

Guido began his professional career working in law firms in the United States, France, Italy and Belgium, on international and EU law. He is a frequent speaker on a variety of topics, particularly technology and competition policies. He received his law degree in Italy at the University of Sassari and an Erasmus diploma from the University of Vienna.